A1 Movie Synopsis: The life of a caste fanatic girl, who aspires to get married to a goon, becomes a roller-coaster ride after she realises that she's with the wrong person

A1 Movie Review: It isn't fair to expect logic in an unabashedly made comedy movie - director Johnson seems to aware of it while working on many sequences in A1. The introduction scene of the hero, Santhanam (who plays Saravanan, another happy-go-lucky role), reminds us of a Rohit Shetty film, and an absurd, but not boring scene with the female lead (Tara Alisha, who plays Divya) which follows, give us a hint about what we have in store.

Divya, who dreams of sharing her life with a goon, however, is quite choosy when it comes to her partner's caste. She is particular about finding someone from her own community, but little did dhe realises that Saravanan, with whom she falls for in their first meeting, is from a different caste. Though their love blossoms eventually, her father, Ramanathan (Yatin Karyekar), a do-gooder, expresses his disinterest in their relationship. How Saravanan and his friends decide to face Divya's father forms the rest of the story.

The plot as such offers nothing new, but provide ample entertainment, thanks to the chemistry between Santhanam, MS Bhaskar, Thangadurai, Manohar and Saikumar. The combination scene between Santhanam and Tara isn't that engaging, though. The biggest plus of the film is the less number of songs and duration. A small plot developed and performed by all the artistes, with sufficient one-liners and effective improvisation leave audience in splits in several instances. At a point we wonder how hilarious sequences could take place at a funeral, but the way a closure has been given to it is convincing. There are logical loopholes and the clichéd bubbly heroine falling for hero's antics and preachy dialogues, but A1 manages to engage viewers because of some fun moments. 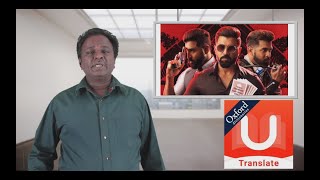 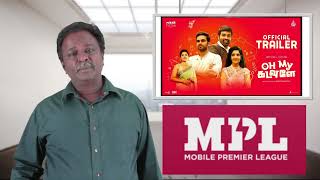 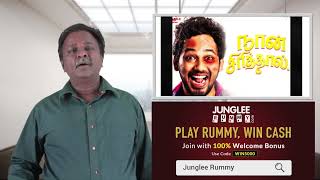