Kaithi Story: A prisoner on parole, who’s on his way to meet his daughter, is enlisted by an injured to protect a few cops. With the entire lot of gangsters in the place after them, can the prisoner save the day?

Kaithi Review: Kaithi begins with a superbly economical setup. A team of cops, headed by Bejoy (Narain), has confiscated a record amount of cocaine, which is hidden in a secret cell under the commissioner’s office. The drug mafia manages to put almost every police officer in the place under sedation by spiking their drinks. The injured Bejoy, has to enlist Dilli, a life-term prisoner who has just stepped out of jail on parole and is hoping to finally meet the daughter he has never seen, to save the situation. Meanwhile, a few college students find themselves stranded in the commissioner’s office with a line constable for company, and prevent the gangsters from breaking in and rescuing their boss.

Lokesh Kanagaraj gives us all this in the first 20 minutes of Kaithi, a tense, impressively shot (Sathyan Sooryan is the cinematographer) action thriller. The director gives us a pure genre film minus the frills, like songs and romance, that we are used to in Tamil cinema. Even though we get two hours of action scenes, we hardly feel exhausted (the excellent action choreography is by Anbariv). Like in a video game, Dilli has to cross challenges of varying difficulty as he transports the cops to safety. We get different kinds of stunts – a chase, a couple of fist fights and just when they seem to be getting monotonous, a glorious shootout. The fact that the entire film happens in the night gives it a unique flavour, as we are unsure what danger lurks in the dark.

Lokesh also comes up with an interesting bunch of characters, like the temperamental brother of the gangster (Arjun Dass), the intrepid constable (George Mariyan), the resourceful students, the spies in both the camps and the expectant daughter. The performances are solid all around. Narain lends the right amount of vulnerability, Dheena, as the hapless young lorry owner, adds some moments of levity, while Karthi, whose beefed up look feels like Dilli could be a slightly older version of Paruthiveeran, puts up a muscular performance. He also moves you in the scene where he narrates his past in a lengthy shot.

If there is a fault, it is that the film feels overlong for its genre, with a couple of action blocks getting over-indulgent. But when it is action that we have signed up for, we cannot complain much about that. 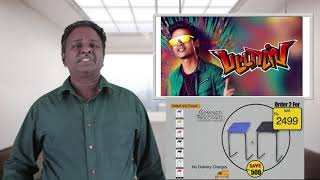 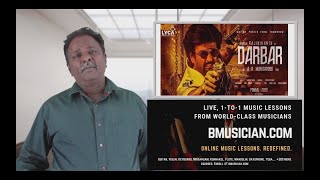